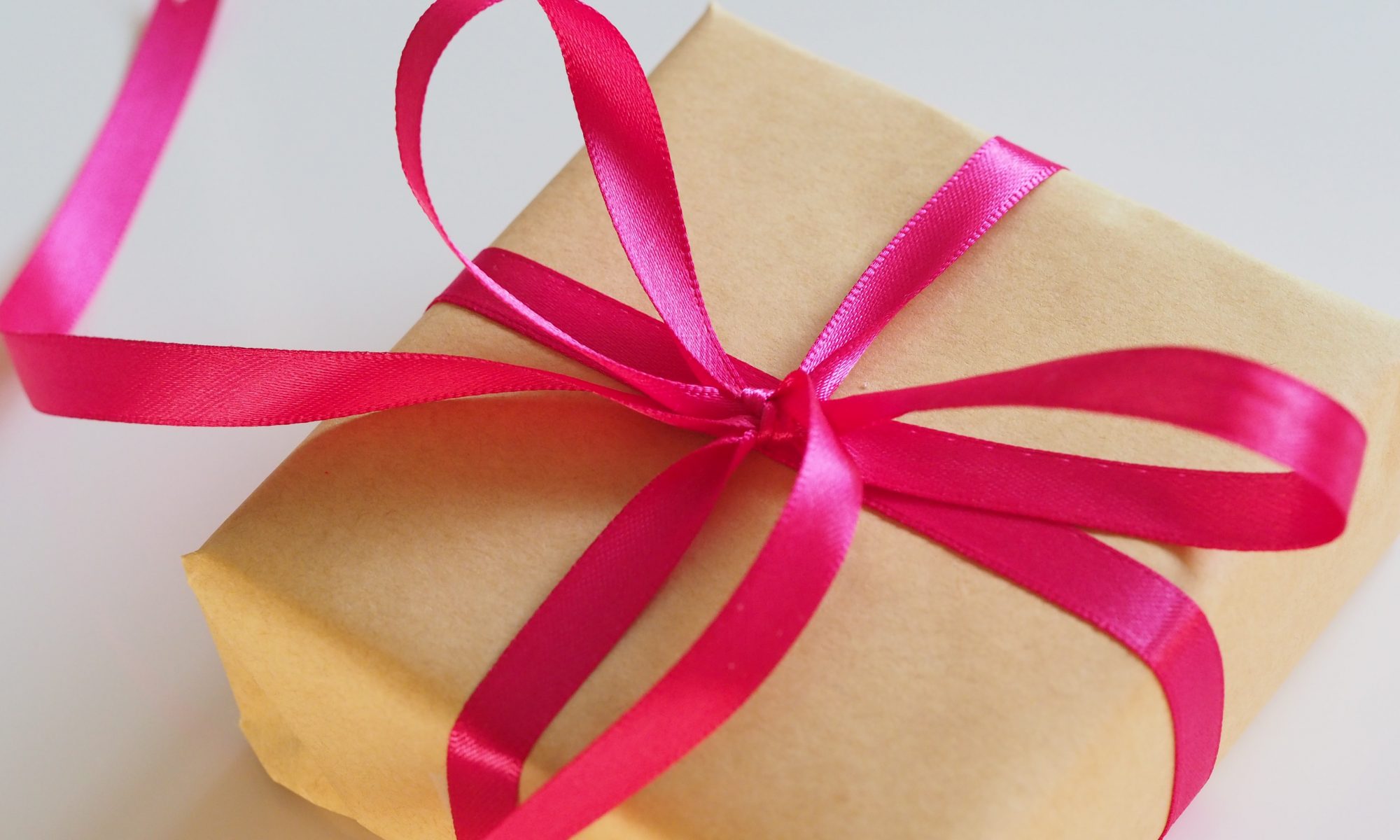 The season of giving is here!

Yes, the season of giving is here. Whether you want to treat your mom or want a unique gift for a friend/boyfriend, few gifts compare with a Lasermed gift voucher. After all, who wouldn’t want skin rejuvenation to reveal younger, smoother skin?

The tradition of giving gifts dates back thousands of years. Being social creatures, human beings enjoy expressing feelings by giving gifts. Whether it’s acknowledgment of a job well done, an expression of love, or simply showing gratitude to a friend, giving gifts is in our bones.

Even for cavemen way back when, giving gifts was a common form of affection. Whether it was a pebble, a horn or tree bark, these tokens were special. But as they developed tools, gifts became a tad more elaborate.

During the Egyptian era, it was common to bestow gifts on pharaohs. Then, in Roman times, and later in the Medieval age, good luck tokens became the norm. Usually these tokens were meant to curry favour or show allegiance. Personal betrothal gifts ranged from coins and precious metals to animals. And as we know, dowries still exist today.

These days, giving gifts is part of our everyday culture. Occasions range from weddings and birthdays to special celebrations and thanks.

In short, giving gifts brings out the best in us. It provides a feeling of wellbeing, happiness and pleasure.

Best of all, the act of giving a gift is contagious: This is largely because the act induces feel-good endorphins – for both the giver and recipient.

So, the season of giving is here. Make someone’s year by giving a Lasermed gift voucher. 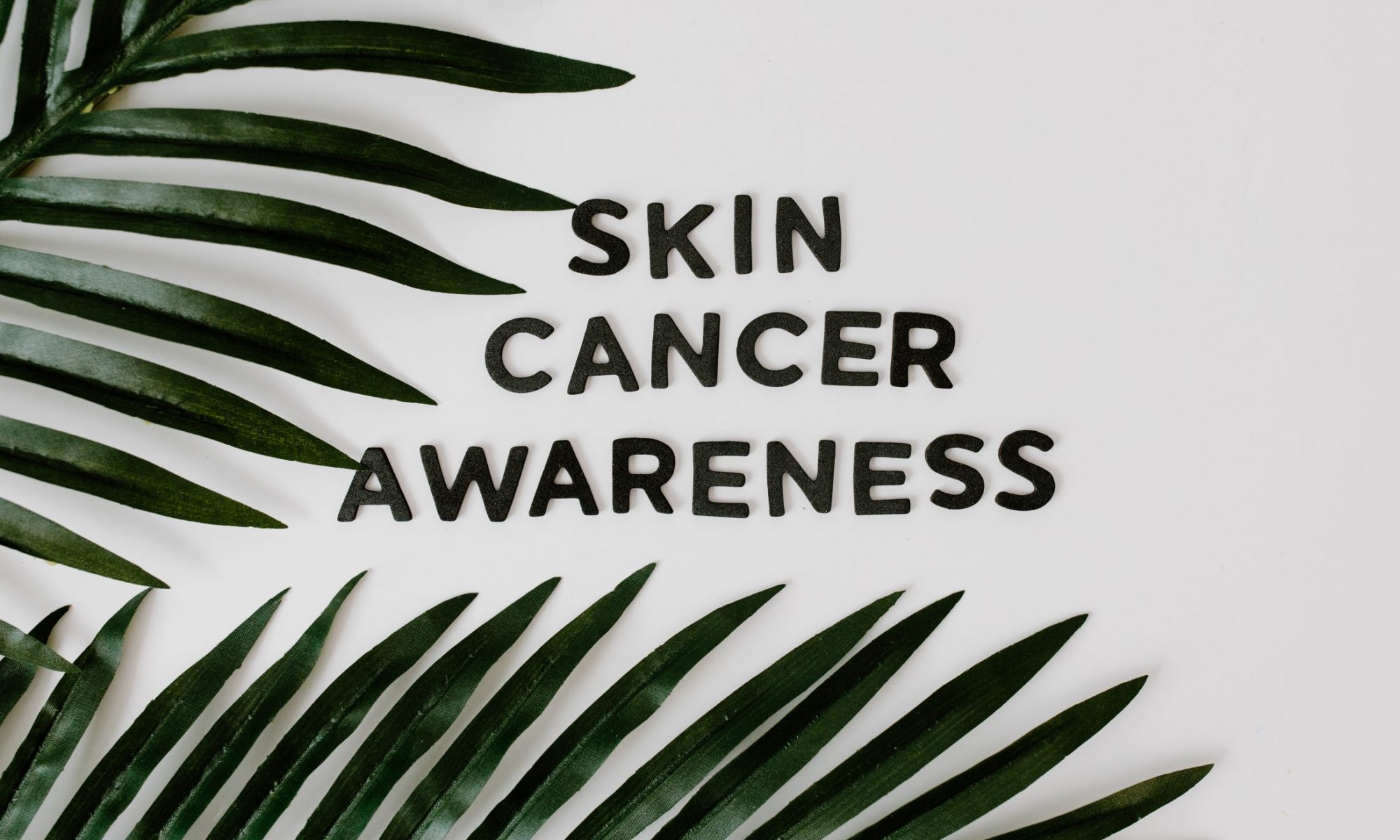 An international agreement to protect the ozone layer is expected to prevent 443 million skin cancer cases and 63 million cataract cases for people born in the US by the end of this century. The new research is by scientists at the National Center for Atmospheric Research (NCAR), ICF Consulting and U.S. Environmental Protection Agency (EPA). They focused on the far-reaching impacts of a landmark 1987 treaty, the Montreal Protocol. The agreement phased out the use of chemicals such as chlorofluorocarbons (CFCs) that destroy ozone in the stratosphere.

The scientists developed computer modelling that enabled them to look to both the past and the future by simulating the treaty’s impact on Americans born between 1890 and 2100. Finally, the modelling revealed the treaty’s effect on stratospheric ozone, the associated reductions in UV radiation and the resulting health benefits.

In addition to avoiding a large number of skin cancer and cataract cases, the study also showed that the amended treaty will prevent approximately 2.3 million skin cancer deaths in the U.S.

NCAR scientist Julia Lee-Taylor said, “It shows that, given the will, the nations of the world can come together to solve global environmental problems.”

Mounting concerns over the ozone layer

In the 1970s, scientists began highlighting the threat to the ozone layer when they found that CFCs release chlorine atoms in the stratosphere. These set off chemical reactions that destroy ozone. Consequently, concerns mounted the following decade with the discovery of an Antarctic ozone hole.

The loss of stratospheric ozone would be catastrophic, as high levels of UV radiation are linked to certain types of skin cancer, cataracts and immunological disorders. The ozone layer also protects terrestrial and aquatic ecosystems, as well as agriculture.

Under the amended treaty, the modelling results showed UV radiation levels returning to 1980 levels by the mid-2040s. In contrast, UV levels would have continued to increase throughout this century if the treaty had not been amended. And they certainly would have soared far higher without any treaty at all.

Even with the amendments, the simulations show excess cases of cataracts and various types of skin cancer occurring with the onset of ozone depletion and peaking decades later as the population exposed to the highest UV levels ages. Thus, those born between 1900 and 2040 experience heightened cases of skin cancer and cataracts. But the worst health outcomes affect those born between 1950 and 2000.

However, the health impacts would have been far more severe without the treaty. Without protecting the ozone layer, cases of skin cancer and cataracts would have risen at a rapid rate through the century.

Naturally, the researchers focused on the US because of ready access to health data and population projections. According to Lee-Taylor, the health outcomes in other countries may vary, but the overall trends would be similar.

The message is clear: protect the ozone layer to decrease skin cancer cases. 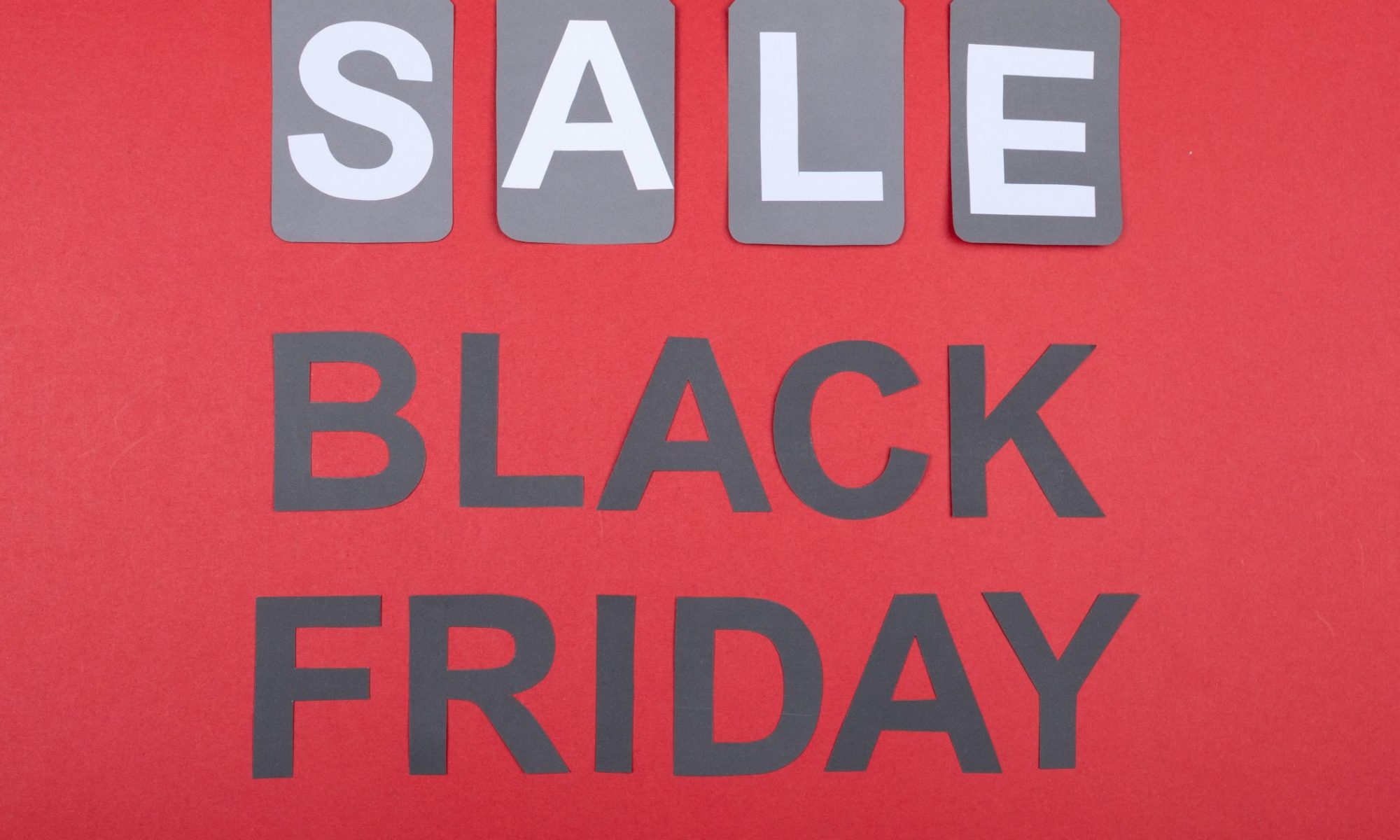 Although Black Friday is an American phenomenon, we’ve jumped on the bandwagon with a Black Friday special deal. For a whole three days, from 24 – 26 November 2022, you can stock up on your favourite NeoStrata and Heliocare products at a massive 20% discount. We’ll also be offering 20% off on other selected products.

So where does the name ‘Black Friday’ come from? Using the adjective ‘black’ usually means it’s a pretty bad day. The earliest use of the phrase Black Friday was in 1869. This was when plummeting gold prices caused a market crash in the USA. But the first mention of Black Friday as we know it for the mother of all shopping sprees, was in the 1950s. Philadelphia traffic police coined the term to describe the traffic jams and intense crowding of the retail stores.

It was always believed that Black Friday officially opened the Christmas shopping season in the USA. But not only traffic police dreaded the day. The ratio of sales personnel-to-customers added to the pandemonium. Consequently, stressed sales people would take the day off to extend their Thanksgiving holiday weekend.

So now you know it.

NeoStrata has been researching topical skincare ingredients for more than 40 years. They’ve patented some of the best-known technologies, such as Glycolic Acid. The difference in their products is that these exfoliate the surface layers of skin, revealing smooth, new layers. They also develop their products at the optimal pH level to enhance effectiveness. And then, by targeting the building blocks of skin, the products volumise appearance for long-term results with continued use.

Heliocare’s sunblocks are renowned for the innovative Fernblock® Technology. This protects against the sun’s four radiations (UVB-UVA-VL-IR), neutralises free radicals and repairs sun damage both inside and out.

Cantabria Labs, which developed the Heliocare range, invests 12% of its turnover in research. This ensures maximum scientific efficacy and rigour in its products. The efficacy of Heliocare has been scientifically proven in more than 50 studies published in leading international medical journals. Evidence demonstrates that it’s not only effective in photoprotection, but also for preventing of skin ageing, actinic damage, sun allergies and dark spots. 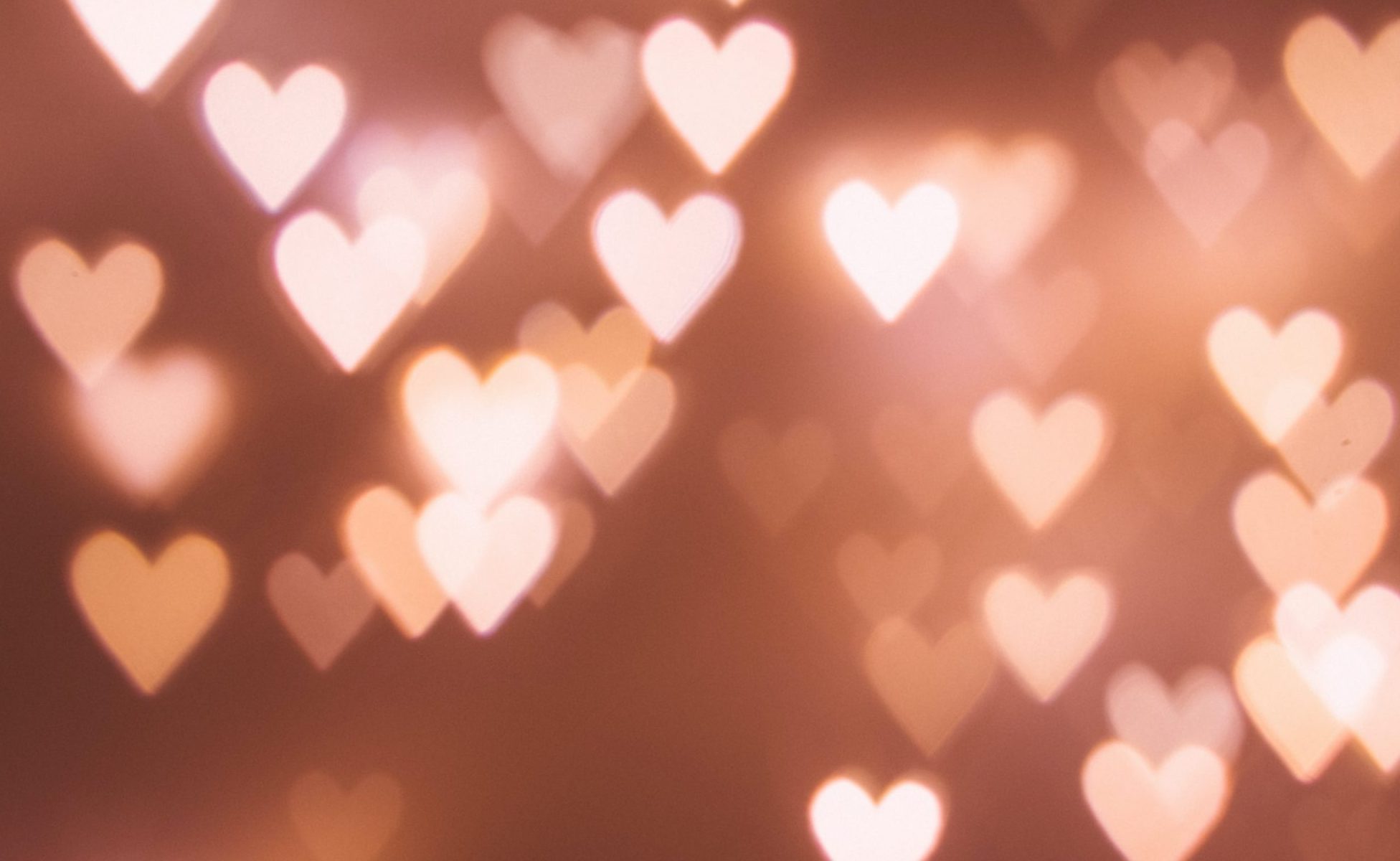 Thank you very much Izanne Human for this sterling review: “My laser hair removal treatment with Alta van der Merwe is AMAZING!! She is professional and I am looking forward to my treatments because Alta makes you feel exceptionally comfortable. She is the BEST! And the results are instant and unbelievable. Thank you Lasermed and Alta. What a wonderful experience!! “

Laser hair removal is one solution for ingrown beard hair

Men, please take note: laser hair removal is one solution for ingrown beard hair. Most men suffering from pseudofolliculitis barbae know that the condition is painful. Reason being the ‘mechanical irritation’ causes inflammation.

Ingrown hairs are formed thus: it can happen when a hair that’s already grown out impacts the skin and punctures it. The sharp tip of the hair left behind after shaving can snag on your skin while beginning to grow out of the follicle. And in cases where the pores are clogged by dead skin, the hair can turn around as it grows. It then presses back into the follicle or surrounding skin.

While an infected ingrown hair cyst starts off as a regular ingrown hair, acne cysts are caused by a combination of bacteria, oil, and dead skin cells that accumulate deep under the hair follicle. Of course, the solution is good hygiene practices. Give your face a good scrub at least twice daily.

Know the rules of beard care

It certainly helps to know the basic rules of good beard care:

However, because the condition is genetic, you might want to consider laser hair removal. The ingrown hairs are reduced significantly in one or two sessions. After six sessions, the result is quite dramatic and you might not ever have to shave again.

Men suffering from pseudofolliculitis barbae will be pleased to know that the condition improves with age when the hairs become softer.