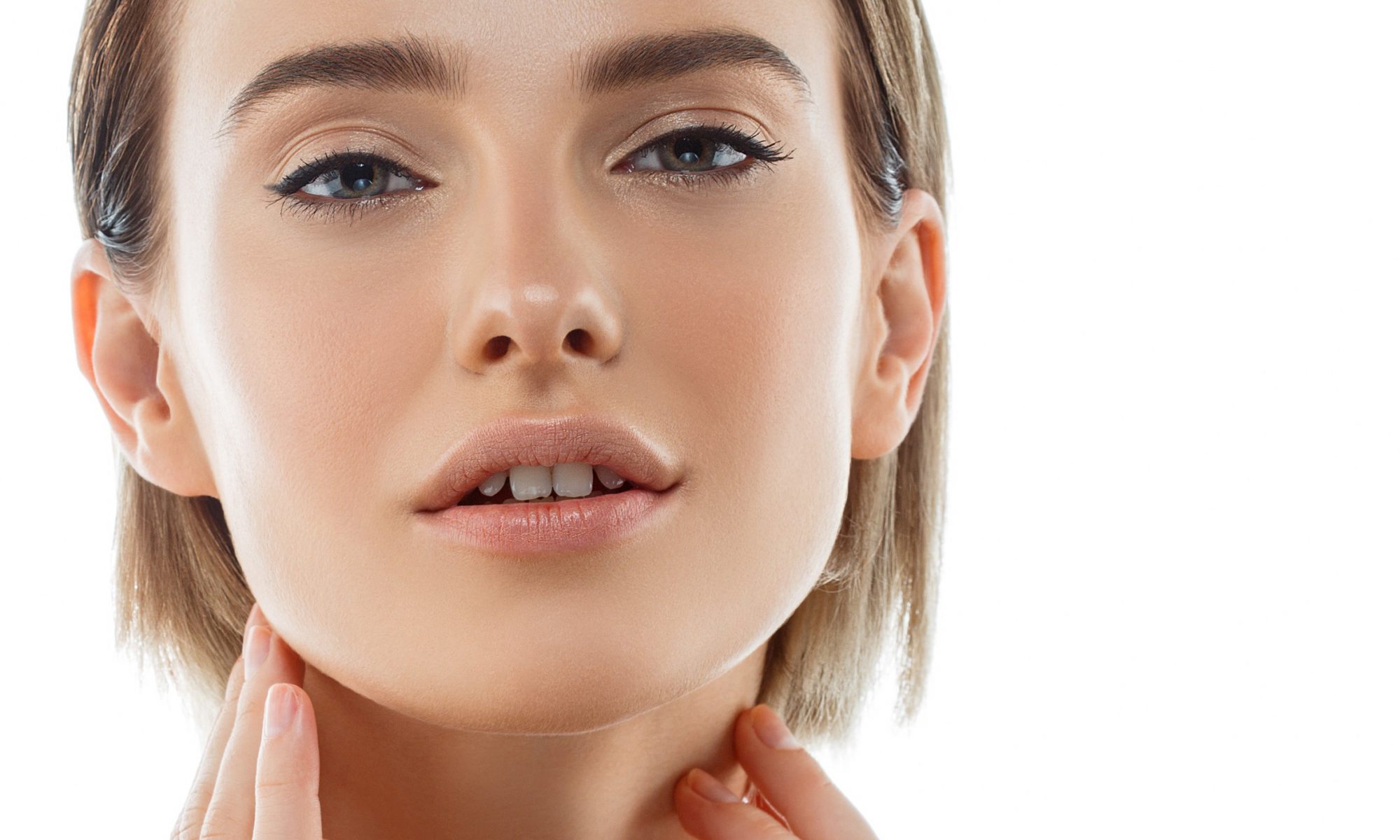 Restore radiance to your skin with IPL and save

Effectively reducing the visible signs of photo-ageing and sun damage in men and women of all ages, IPL Photo Rejuvenation is simply so worth it! This non-invasive, restorative laser treatment reconditions your skin with a decidedly youthful glow. Better yet, pores are refined, lines and wrinkles softened, skin tightened, sun spots removed, Rosacea is reduced and broken facial veins are targeted. And to crown it all, there’s no downtime.
Specials for May, June & July 2019:
Face R2 200 (save R200)
Face & neck R2 900 (save R500)
Face, neck & chest R3 400 (save R600)
Hands with other areas R800 (save R800)
Hands IPL & ETCA peel R1 800 (save R300)
Lasermed Tyger Valley, ph 021 9146006, skinlaser@mweb.co.za;
Lasermed City Bowl, ph 021 4245078, skinlasercb@mweb.co.za 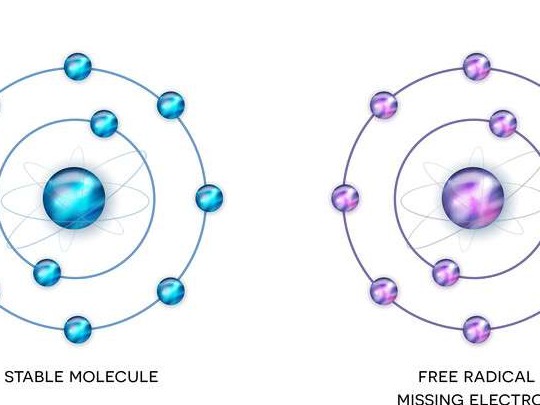 I’m sure you’ve been told, ‘You need to use an anti-oxidant on the skin to protect you against free radicals….’ But what are free radicals and how do they harm your skin?

“The free radical theory of ageing states that we age because of free radical damage over time.” It can lead to a damaged DNA instructional code, causing our new cells to grow incorrectly, leading to ageing.

External factors such as sunlight, pollution and smoking can increase free radical activity on the skin. The best way, besides using a good quality sunblock to protect the skin against the sun, is to apply an antioxidant to the skin daily. 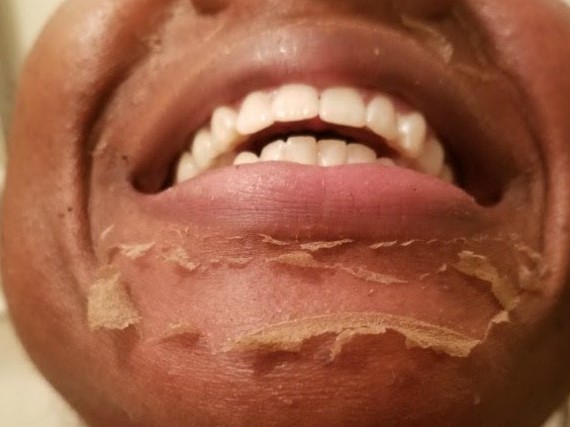 Dermatologists have given the nod to chemical peels on people with dark skin. According to research at Boston Medical Center in the US, dark-skinned people who have peels experience unwanted side-effects only 4% of the time.

Reporting their findings in the Journal of the American Academy of Dermatology, the doctors said they also observed a lower rate of side-effects compared to previous studies that included all skin types. Chemical peels are used to treat acne, premature ageing, plus dark or light spots on the skin. Side-effects include swelling, crusting, reddening, acne and pigmentation changes.

Researchers in Boston followed 132 patients with darker skin who received a total of 473 chemical peels. The same dermatologist performed all the peels, each of which was applied all at once, rather than on section of the skin. 18 participants experienced side-effects, the most common being crusting, dark spots and reddening. The side-effects lasted an average of four-and-a-half weeks.

“These findings should give some assurances to people with darker skin who are considering a chemical peel,” said lead researcher Neelam Vashi. “People with darker skin have long been under-represented in dermatological research, an it’s important to make sure we know how safe and effective these treatments are for them.”

The study also found that side-effects were least likely to occur in winter, which could be attributed to limited sun exposure. People with the darkest skin tones were most likely to experience side-effects and complications. – Article by Dave Chambers. Image: YouTube 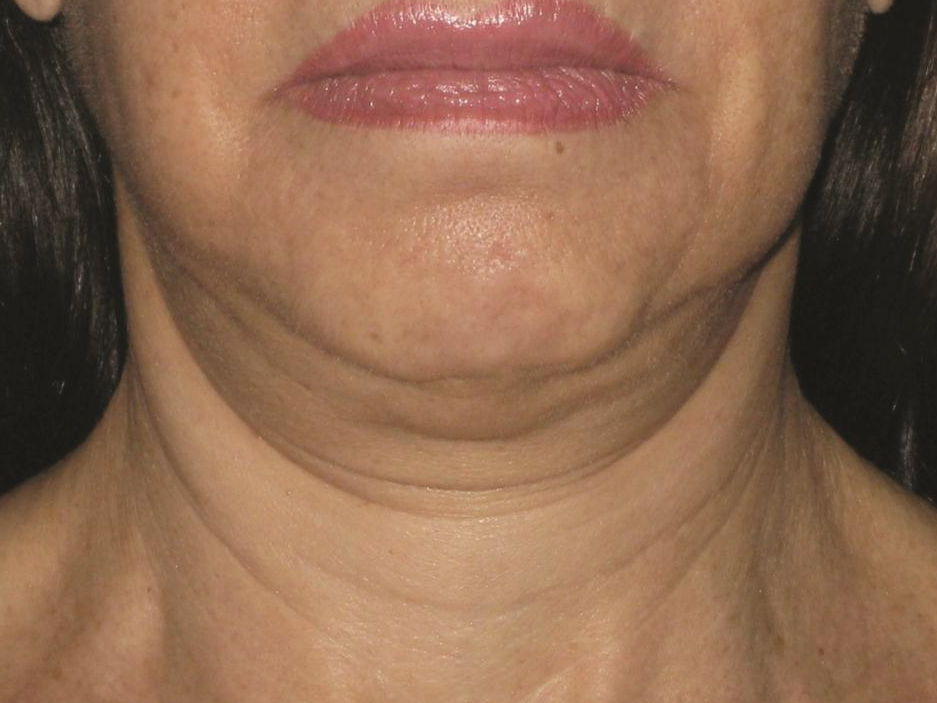 Your phone is giving you tech neck

Yes, we can’t live without our phones, but in an ironic twist, it’s also taking a toll on our skin.

Dermatologists report that excessive cell phone use is accelerating the age at which younger people develop problems such as sagging jaw lines and wrinkled skin around the chest, in a condition called tech neck.

Tech neck includes symptoms from neck and shoulder pain, stiffness and tingling in the arm, as well as cosmetic issues such as a sagging jawline and jowls, a double chin and a wrinkled chest area. This is due to constant stress on the neck by keeping it bent at a 45-degree angle while looking down at the phone screen, resulting in laxity and drooping muscles in the thin skin of the neck and chest.

For sagging jawlines, the best way forward is Ultherapy, a treatment using ultrasound waves to stimulate the production of collagen, which keeps skin taut and lifted. For more information or a free consultation, phone Lasermed.

However, prevention is the best cure. Set a screen time limit, using apps to limit the time you spend on the phone. Hold your phone up to eye level instead of bending your neck. Get up and walk around every 15-30 minutes instead of sitting in the same position, giving your neck muscles a break. 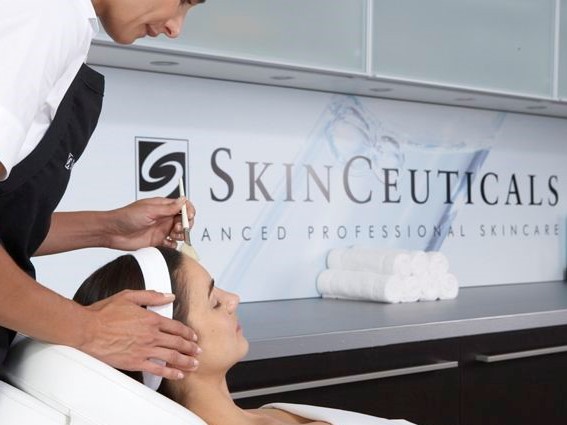 EXPERIENCE A DAY WITH SKINCEUTICALS: 25 April 2019

Book the following Skin Rejuvenation treatment with a SkinCeuticals Professional: