Spider angiomas are a type of telangiectasias found slightly beneath the skin surface, often containing a central red spot and reddish extensions which radiate outwards like a spider’s web. They are common and may be benign, presenting in around 10–15% of healthy adults and young children.

Spider angiomas form due to failure of the muscle surrounding and serving to guard or close an opening or tube. The central red dot is the dilated arteriole and the red “spider legs” are small veins carrying away the freely flowing blood. If temporary pressure is applied, it is possible to see the emptied veins refilling.

Professional treatments are available at Lasermed with the Intense Pulse Laser (IPL) or Vascular Laser. 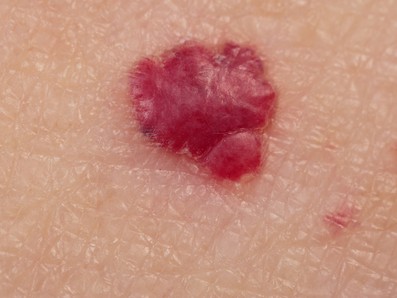 Red moles, or cherry angiomas, are common skin growths that can develop on most areas of your body. They’re also known as senile angiomas or Campbell de Morgan spots. They’re usually found on people aged 30 and older. The collection of small blood vessels inside a cherry angioma give them a reddish appearance – it is a cherry red to purple papule on the skin containing a clustered of blood vessels. They are almost flat, appearing as a small red dot. However, they do tend to expand in thickness.

Cherry angiomas are hereditary and occur mainly on the abdomen. The frequency of cherry angiomas increases with age. They are harmless and have no relation to cancer at all.

Treatment is available at Lasermed with the Intense Pulse Laser (IPL) or Vascular Laser. The laser energy heats the vascular source that feeds the lesion, thereby destroying it.  By using the correct laser, which only targets hemoglobin (blood) there are no negative effects on the surrounding skin. It is a non-ablative treatment so no downtime is required. 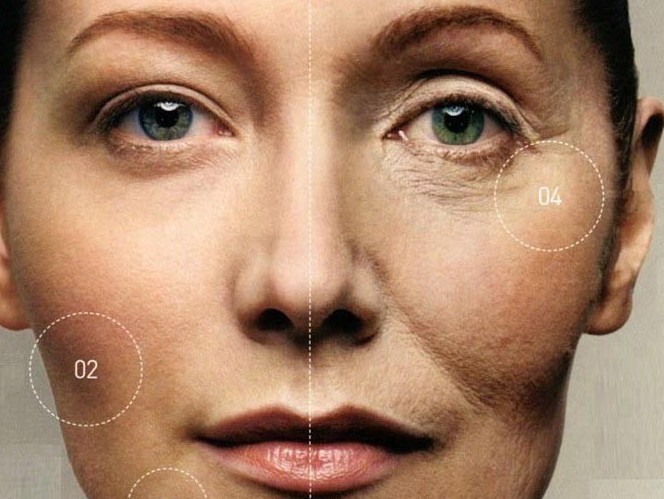 For most people, the significant downtime involved in undergoing an invasive laser resurfacing procedure to reverse the obvious signs of aging skin is not realistic given today’s busy, deadline-driven lifestyle. Now, a number of new minimally invasive laser skin resurfacing technologies are delivering noticeable improvements for people looking to freshen up their look without spending weeks under wraps, as is common with their invasive counterparts.

The search for safe and effective treatments to improve and rejuvenate the tone, colour and texture of the ageing face is never-ending. However, the Mosaic fractional laser, available at Lasermed, has the ability to deliver substantial improvements while leaving the skin’s outermost layer unaffected. The process stimulates natural collagen remodelling without significant downtime and risks. After a single Mosaic Skin Regeneration procedure, your skin will be brighter and regenerated with fresh, renewed collagen. After 3 to 4 treatments, your skin will become tighter and scars will dramatically improve or disappear altogether. Other benefits include: improvement of atrophic scars; smoother skin texture; reduction of wrinkles; reduced pore size; and improved skin elasticity.

Since the success of any cosmetic procedure is highly dependent on the skill level of the laser operator, candidates should discuss their options and expectations with their operator before undergoing any treatment.

Researchers in France have discovered that, though a tattoo may be forever, the skin cells that carry the tattoo pigment are not. Instead, the researchers say, the cells can pass on the pigment to new cells when they die. The study, which will be published March 6 in the Journal of Experimental Medicine, suggests ways to improve the ability of laser surgery to remove unwanted tattoos.

For many years, tattoos were thought to work by staining fibroblast cells in the dermal layer of the skin. More recently, however, researchers have suggested that macrophages — specialized immune cells that reside in the dermis — are attracted to the wound inflicted by the tattoo needle and gobble up the tattoo pigment just as they would normally engulf an invading pathogen or piece of a dying cell. In either case, it is assumed that the pigment-carrying cell lives forever, allowing the tattoo to be more or less permanent.

A team of researchers led by Sandrine Henri and Bernard Malissen of the Centre d’Immunologie de Marseille-Luminy developed a genetically engineered mouse that allowed them to kill the macrophages that reside in the dermis and certain other tissues. Over the following few weeks, these cells are replaced by new macrophages derived from precursor cells known as monocytes.

The researchers found that dermal macrophages were the only cell type to take up pigment when they tattooed the mice’s tails. Yet the tattoos’ appearance did not change when the macrophages were killed off. The team determined that the dead macrophages release the pigment into their surroundings, where, over the following weeks, it is taken up by new, monocyte-derived macrophages before it can disperse.

This cycle of pigment capture, release, and recapture occurs continuously in tattooed skin, even when macrophages aren’t killed off in a single burst. The researchers transferred a piece of tattooed skin from one mouse to another and found that, after six weeks, most of the pigment-carrying macrophages were derived from the recipient, rather than the donor, animal.

“We think that, when tattoo pigment-laden macrophages die during the course of adult life, neighboring macrophages recapture the released pigments and insure in a dynamic manner the stable appearance and long-term persistence of tattoos,” Henri explains.

Tattoos can be removed by laser pulses that cause skin cells to die and release their pigment, which can then be transported away from the skin and into the body’s lymphatic system.

“Tattoo removal can be likely improved by combining laser surgery with the transient ablation of the macrophages present in the tattoo area,” says Malissen. “As a result, the fragmented pigment particles generated using laser pulses will not be immediately recaptured, a condition increasing the probability of having them drained away via the lymphatic vessels.” 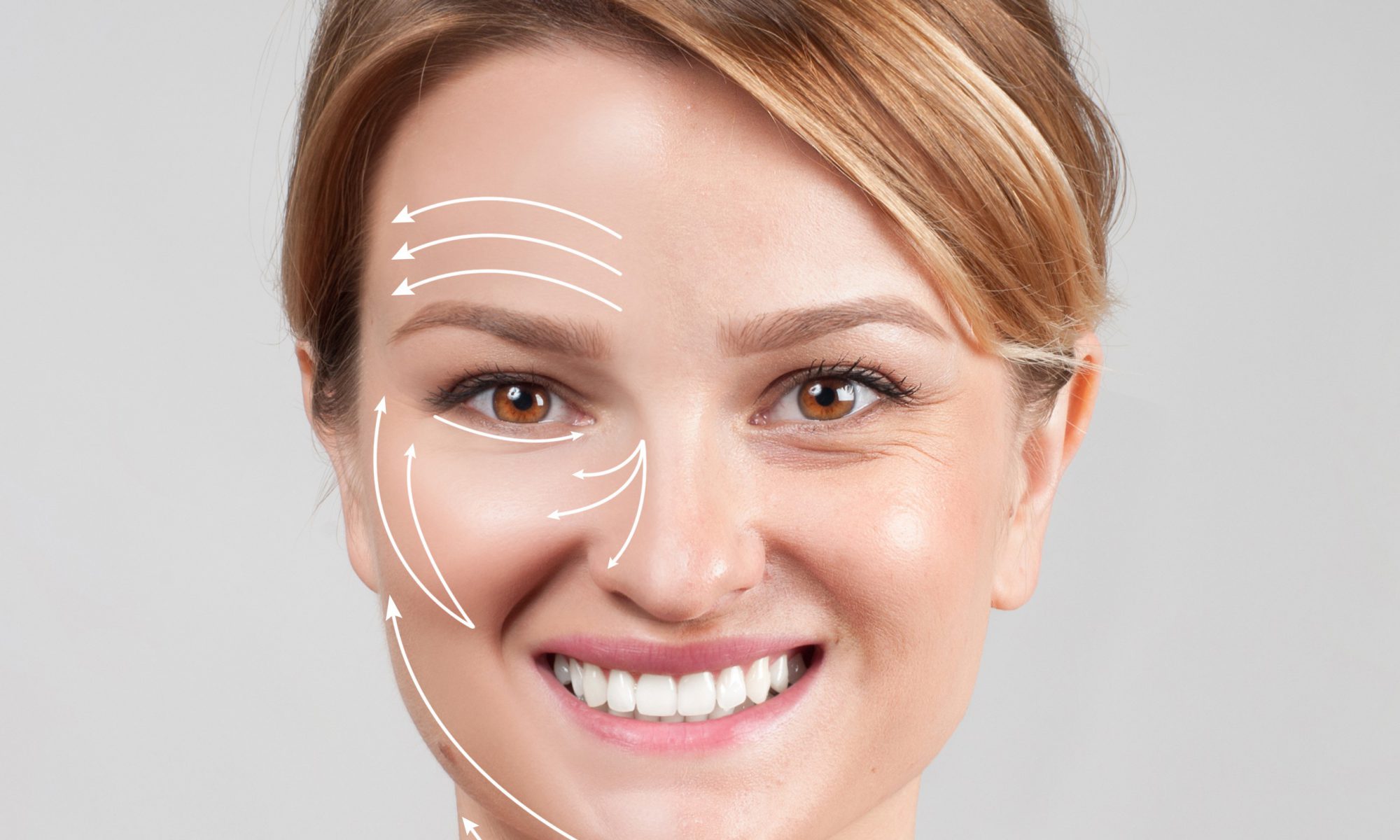 Banish the sag with Ulthera

Loss of jawline definition? Excess hooding on the eyelids? Using sound waves, Ultherapy can safely firm, tighten and actually lift the skin tissue without disrupting the skin surface. It doesn’t replace surgery, but is a good alternative for someone not ready for surgery.

Tried-and-tested ultrasound energy is delivered non-invasively to heat deep skin tissue and the foundational layers, which in turn causes a natural, regenerative response. The full effect will build gradually over the course of three to 12 months post-treatment, strengthening weak collagen with the growth of new collagen – culminating in tightening and lifting.

Ultherapy is perfect for:

To ensure the best possible experience, our laser operators and skin therapists not only provide comprehensive information, but also offer free consultations with patch tests.