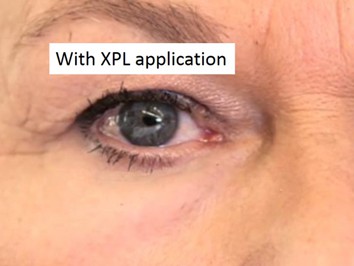 MIT researchers may have discovered a fountain of youth for skin — at least a very temporary one.

The researchers have developed a “second skin” that could be used to smooth wrinkles, protect skin from damage, or administer medications to treat skin conditions, such as eczema. But, right now, the product only does its job for about a day.

“It’s an invisible layer that can provide a barrier, provide cosmetic improvement, and potentially deliver a drug locally to the area that’s being treated,” Daniel Anderson said in a university news release. He is an associate professor in MIT’s department of chemical engineering.

“Those three things together could really make it ideal for use in humans,” Anderson added.

As people age, their skin becomes less elastic and firm, the study authors noted. These signs of aging may be worsened by sun damage. For the past decade, the research team worked on developing a protective coating for the skin that could restore a youthful appearance and protect the skin from further damage.

“We started thinking about how we might be able to control the properties of skin by coating it with polymers that would impart beneficial effects,” said Anderson. “We also wanted it to be invisible and comfortable.”

For their research, the scientists created a library of more than 100 potential polymers. The researchers explained that they tested each material in order to determine which one would most closely match the appearance and characteristics of healthy skin.

The product used in this study included silicone-based polymers that can be manipulated into an arrangement known as a cross-linked polymer layer (XPL).

The second skin is applied in two steps. Both layers are applied as creams or ointments. Once on the skin, XPL is nearly invisible. It can remain on the skin for up to 24 hours, the study authors said.

The polymer may be applied directly to the skin as an undetectable thin coating, which mimics the properties of healthy, young skin, the researchers explained.

Laboratory tests showed the polymer was able to return to its original state after being stretched more than 250 percent. In contrast, real skin may be stretched about 180 percent, the authors said.

“Creating a material that behaves like skin is very difficult,” said one of the study’s authors, Barbara Gilchrest, a dermatologist at Massachusetts General Hospital in Boston. “Many people have tried to do this, and the materials that have been available up until this have not had the properties of being flexible, comfortable, nonirritating, and able to conform to the movement of the skin and return to its original shape.”

When tested on people, researchers found the polymer was able to reshape “eye bags” beneath the lower eyelids, and the effect lasted about 24 hours. It also treated dry skin and improved hydration, the study found.

In another trial, XPL was applied to the skin of the forearm to test its elasticity. When tested with a suction cup, the XPL-treated skin bounced back to its original position more quickly than natural skin, the findings showed.

The researchers also looked at XPL’s ability to protect against dry skin. Two hours after it was applied, the polymer outperformed a high-end commercial moisturizer in helping the skin stay hydrated, according to the report.

XPL even performed better than petroleum jelly after 24 hours. Meanwhile, none of the participants involved in the XPL trials reported experiencing any irritation from the polymer.

The researchers noted that this “skin” could be modified to provide long-lasting protection against the sun’s harmful UV rays.

A new company — Olivo Laboratories — was formed by Langer and Anderson to focus on developing the new technology. The company will first try to develop XPL for delivering medications for skin conditions.

The new research was published online May 9 in Nature Materials. 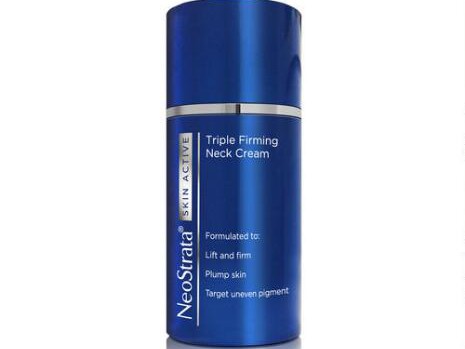 Innovative, advanced anti-ageing firming cream in the Skin Active range helps to reduce visible signs of ageing in the neck and delicate décolletage area. Suitable for all non-sensitive skins but is especially formulated for sun-damaged skins.

SynerG Formula 12.0 includes three clinically proven matrix building ingredients, each with a unique action – Pro-Amino Acid helps to stimulate pro-collagen production in the skin’s deep layers, while NeoCitriate™ promotes new collagen and NeoGlucosamine ™ builds the surrounding support matrix. It is also a gentle exfoliant that helps to reduce the appearance of uneven pigment and age spots often found on the décolletage. Apple Stem Cell Extract protects the longevity of the skin’s essential cells helping your skin to behave like a younger skin.